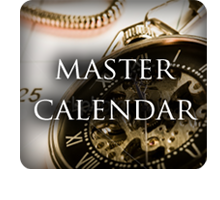 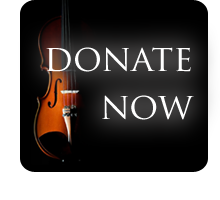 Embracing the Challenge of Excellence

Video Review Through the Years 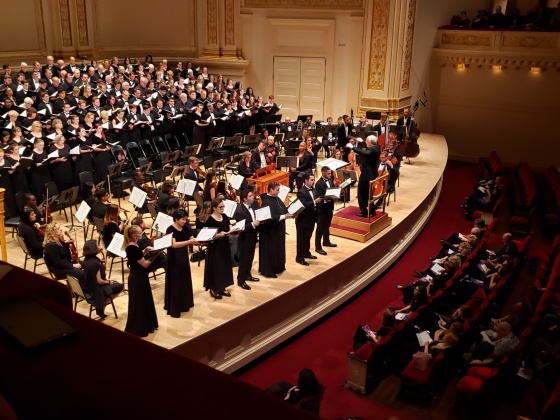 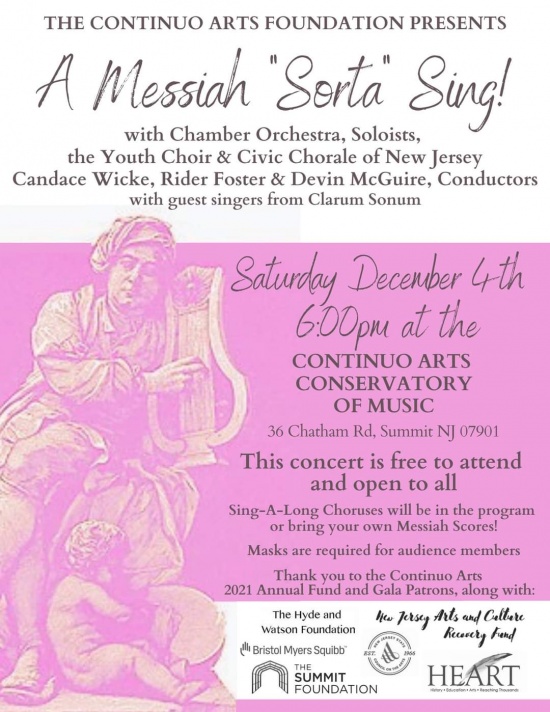 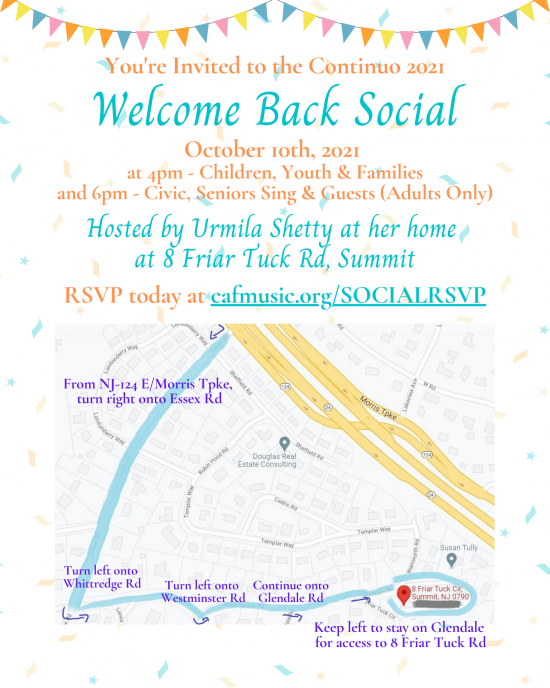 Although we aren't together in person, our community is strong and together in spirit.  Happy Holidays from Continuo Arts!

"I Wish You Christmas" - John Rutter

2020 Virtual Christmas Card from The New Jersey Youth Choir "My Grown Up Christmas Wish" from Continuo Arts on Vimeo.

Seniors Sing! Wishes Merry Christmas to all and to all a good night!

Carnegie Hall - "Mass of the Children" 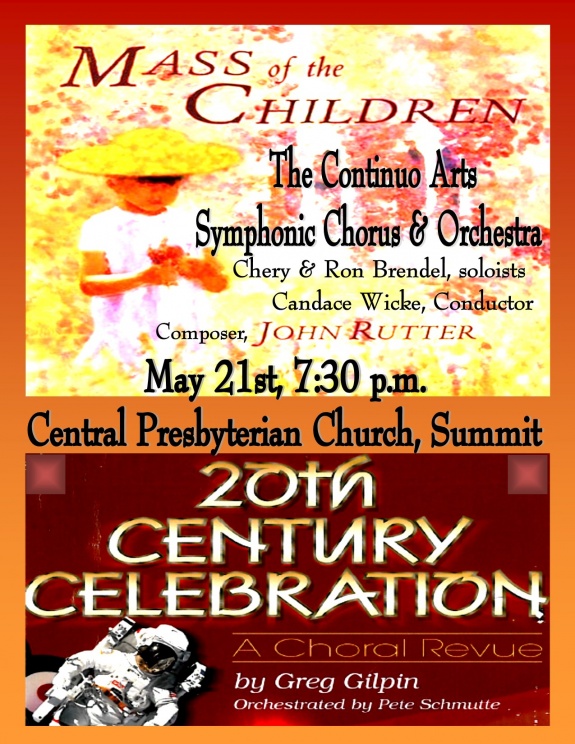 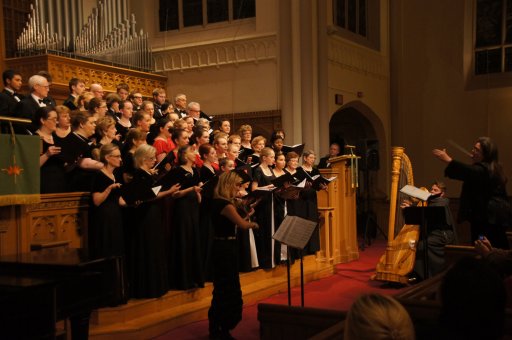 Hailed as a ‘true maestro’ conductor Candace Wicke made her Carnegie Hall debut in 2002.  As a champion of new music, Dr. Wicke has premiered new works in many of her Carnegie Hall appearances including the World Premiere of Imant Raminsh’s Symphony of Psalms, Gary Fry’s Sing A Song With Me, and Stephen Edward’s A Carol Fantasy, Requiem for my Mother, Revelation, Missa Brevis and the New York Premiere of the Ave Maria Mass. Featured in the nationwide PBS broadcast of the Requiem for my Mother documentary, the recording of this work conducted by Wicke is currently on Bill Board’s top ten chart.

Sharing the stage with the likes of the Vienna Philharmonic, Christoph Eschenbach, and Helmuth Rilling, Wicke appeared on the prestigious Festival Internazionale pro Musica e Arte Sacre Series in 2008, made history in 2014 by conducting the first concert featuring an US ensemble inside the Sistine Chapel and in 2015 served as Chorus Master for the world premiere of Disney’s “The Hunchback of Notre Dame” at the Paper Mill Playhouse.

Other major conducting appearances include “Christmas Time in the City” and the Lee Kjelson Memorial “Sounds of Music Series” in Carnegie Hall and two seasons of the Festival Internazionale Di Arte Per Giovani Musicisti in Rome, Assisi and Prague.  Dr. Wicke returned to the International Festival Pro Musica E Arte Sacra in 2016, sharing the series with the Vienna Philharmonic, Zubin Metha and other international artists of note.

Wicke’s international experience also includes conducting the United States representative Wind Ensemble at the Taipei Presidential Inauguration, the Continuo Arts Symphonic Chorus at St. Peter’s Basilica in Rome, the City of Prague Philharmonic, in Prague and the Waratah Girls Choir in Australia. Ensembles under her baton have received National and International acclaim performing with Andre Rieu and the Johann Strauss Orchestra, the Turksoy Orchestra in Lincoln Center and the Music Center at Strathmore, the Global International Women’s Summit, Musica Mundi International, Legatus International, and the Miami Civic Associations Young Artist Debut. She is a popular guest conductor, adjudicator and master class clinician across the United States.

Dr. Wicke is the Founder, President, and Executive Director for the Continuo Arts Foundation where she conducts the Continuo Arts Intergenerational Choral Ensembles, is Co-Artistic Director of The Minuetto Music Festival and Manager of the Continuo Arts Conservatory of Music.  Dr. Wicke is a graduate of the University of Miami and Evangel University, majoring in vocal and instrumental performance, music education, and conducting.  She is the recipient of the 2014 Distinguished Alumni of the Year for Evangel University, New Jersey’s 2016 Women of Excellence in Arts & Humanities Award Winner and has received a 2016 Congressional recognition for dedication and excellence in Arts & Humanities.

Devin McGuire, Continuos director and member of Sonaré, has established himself as a capable and versatile baritone throughout the Northeast. Mr. McGuire is a member of Civic Chorale and Sonaré. His professional debut took place in 2016 as Sciarrone in Tosca with Opera New Hampshire with additional engagements with MidAtlantic Opera, New York Opera Collaborative and the Minuetto Music Festival, where he received the Emerging Artist award. Mr. McGuire made his Carnegie Hall debut as bass soloist in Monteverdi's Gloria a 7 under the baton of Sir John Rutter. As an ensemble member, he sings professionally with the choirs of St. Bernard's Episcopal Church (Bernardsville, NJ) and Immaculate Conception Chapel(South Orange, NJ).Mr. McGuire is an accomplished bassist and passionate music educator at Woodbridge Middle School, teaching both Choral and Handbell programs. Ensembles under Mr. McGuire's direction have achieved excellence in competition and adjudication, and his students have been accepted into the New Jersey All State Chorus. A magna cum laude graduate of Seton Hall University, he has continued his studies within the studio of Christòpheren Nomura.